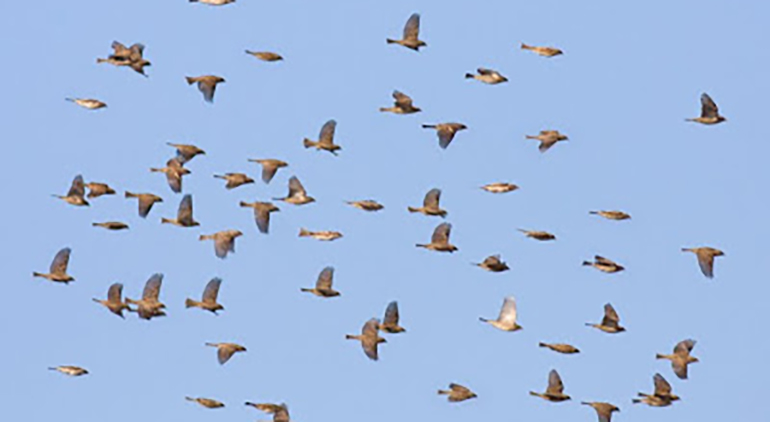 A recent study from Edinburgh University suggests that the arrival of migrating birds at their breeding grounds directly impacts the success rate of the birds in securing prime nesting grounds and access to the best food sources. Because these elements are vital to the survival of the bird’s offspring, understanding the connection between global temperature increases and the migratory cycle of birds has become increasingly important.

Birds are triggered to begin their migration by changes in their environment. Changes in temperature, longer periods of sunlight, and depleting food sources act as signals that it is time to venture to a new location. Each bird’s path varies in length, duration and route with some travelling a few hundred miles a day while they move from one country, and continent to another.

Using data spanning 300 years and five continents, Edinburgh University researchers examined the migration patterns of hundreds of bird species and found that every time the earth’s temperature went up by one degree, migrating birds arrived at their nesting grounds a day earlier than before.

The wide spectrum of data allowed researchers to also examine the connection between climate change and birds as it related to long distance migrants versus species with shorter migrations. Long distance migrants, such as the sparrow, were shown to be less responsive to global temperature increases. Their lack of response to the warming of the earth caused them to arrive after the birds with shorter migrations had settled in the prime nesting spots and identified the most abundant food sources. The lack of access to necessary resources made the impact of climate change on the long distance migrant species of birds more profound.

Global temperature increases affect not only the migration and reproduction of bird species, but also impact the long-term viability of bird populations. Understanding the connection between climate change and birds makes it possible for researchers to estimate the long-term impacts of a warmer planet. Efforts to reduce greenhouse gas emissions, coupled with initiatives to rebuild forests and protect insect and plant populations are ways that people can work to ensure migrating birds not only survive but thrive.