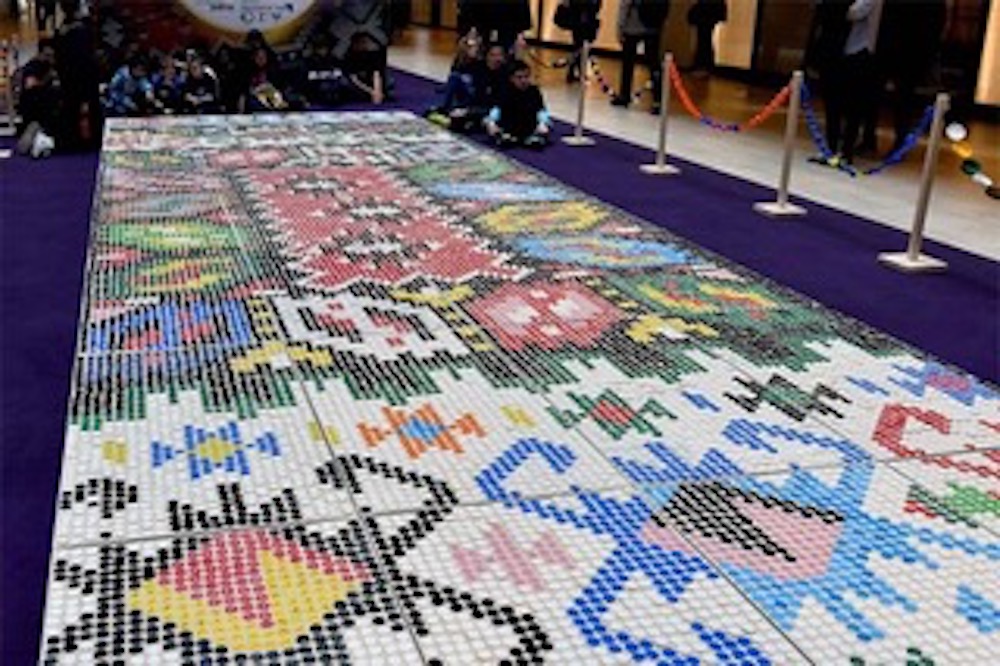 Bottle cap artwork is nothing new; it has been worked into tables, chairs, statues, and even portraits but now 25,000 plastic caps have been used to create a huge carpet in Sarajevo that is making a strong statement about our planet.

On display at the Sarajevo City Center Mall, the “Rug of Lids” as it is called, covers 30 square metres of floor space and copies the motif of a traditional Bosnian rug. It took 700 people to carefully craft the plastic rug. There is one section that shows an albatross that met with an untimely death. It seems he died because he consumed too much plastic. The message behind the rug – we must recycle, we must think of our environment.

There has been a lot of debate over the last decade about plastic caps. Some of that discussion comes from the fact that most caps are made from a different type of plastic resin than the bottle or jug they come with. Some jurisdictions do not recycle the plastic caps, others do. There are also communities where the caps are recycled but the local recycling program demands that you remove the caps from the bottles when you toss them in a recycling bin. Now you might wonder why you would have to recycle the cap and bottle separately. As it turns out, some sorting equipment causes the caps to fly off thus acting as a hazard for workers in recycling facilities.

When it comes to plastic bottle caps, you should check with your local recycling program to see whether caps are accepted or not.