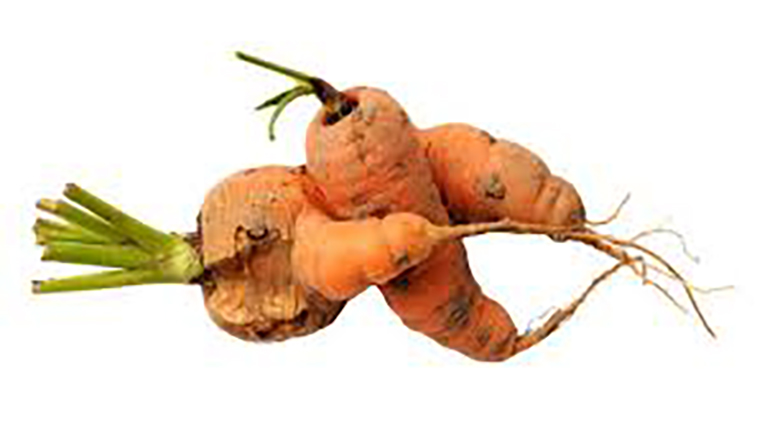 Normally when you think of produce you imagine that perfectly shaped and coloured fruit or vegetable. The reality is, not every plant comes out that way. But what happens to the “ugly” fruits and veggies?

Many times the produce with imperfections gets thrown away. In the past the people who were known to use the unwanted goods were soup kitchens. There is still many more pieces of unwanted food going to waste, so MisFit Juice stepped in.

The company wanted the public to see food waste as something other than trash. They began making cold-pressed juices with the blemished fruits. It started small, only getting ingredients from one farmer. They soon expanded to more reliable distributors, but still keeping the old ones. Approximately 70 to 80 percent of Misfit’s ingredients are blemished or odd shaped.

They might be a smaller company but the savings they get, keep them in the competition. Prices can be 25 percent to 60 percent lower than “prettier” versions of the produce. Another tactic to keep them in the running of the juice market is stability. Instead of just making a juice of the day, they have narrowed down their menu to four or five flavours per season.

Just like the rest of the industry, prices can change. With unpredictable variables such as weather, it’s impossible to know what a crop will produce. Co-founder, Phillip Wong has even admitted they don’t have projections down to an exact science yet.

Misfits aren’t the only business using food that would otherwise be waste. Another use for these unwanted goods is jams and chutneys. UK-based Rubies in the Rubbles does exactly that. Founder, Jenny Dawson says it began with a surplus in her and her mother’s garden. Shopkeepers liked the product because of it’s long shelf life.