Climate Change and the Increase in Forest Fires 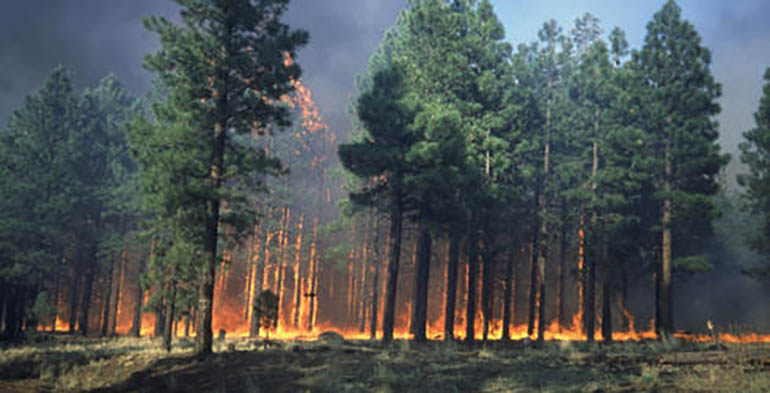 Forest fires are frightening and destructive occurrences that have the ability to take on a life of their own, sparing nothing and no one in their path. While a natural part of a forest’s regeneration process, the increasing number, severity and lifespan of forest fires is being examined by privately-funded and government-sponsored researchers around the globe in an attempt to understand the underlying reasons for the recently experienced increase in wildfires.

The link between the rising number of highly destructive forest fires around the world and climate change has been on the radar for some time. Changes in ecosystems – infestations of pests that result in high numbers of dead trees (a perfect fuel for fires), decreased precipitation in areas, rising global temperatures that result in the early arrival of spring and longer spans of time where soil is dry, are all being linked to climate change by researchers such as Jason Funk, senior climate scientist with the Union of Concerned Scientists.

The destruction caused by forest fires does not stop with the charred, scarred earth. Accompanying the loss of the trees themselves is the loss of habitat for a variety of animal and insect species and the elimination of economic resources for communities, such as logging, hunting and tourism.

Moreover, the acknowledgement that wildfires increasing also gives scientists pause when considering what this change means for global warming. Trees are a vital piece of the puzzle in the fight against climate change. The greenhouse gas emissions released into the atmosphere as a fire burns, added to the pollution that remains in the air because the trees are no longer present to capture harmful carbon shows a cyclical process that has only negative results. “It creates a feedback loop; the fires create more emissions, which in turn contribute to more global warming, which will then cause more fires” Funk explained in a recent article published by Germany’s Deutsche Welle.

Forests all over the world are at risk when it comes to fire due to the environmental changes taking place all over the planet. It is hard to deny the connection between climate change and forest fires. However, by gaining a better understanding of the role climate change plays in the wildfires and working to reduce the greenhouse gas emissions produced it may be possible to better anticipate where the fires will occur and manage them accordingly.