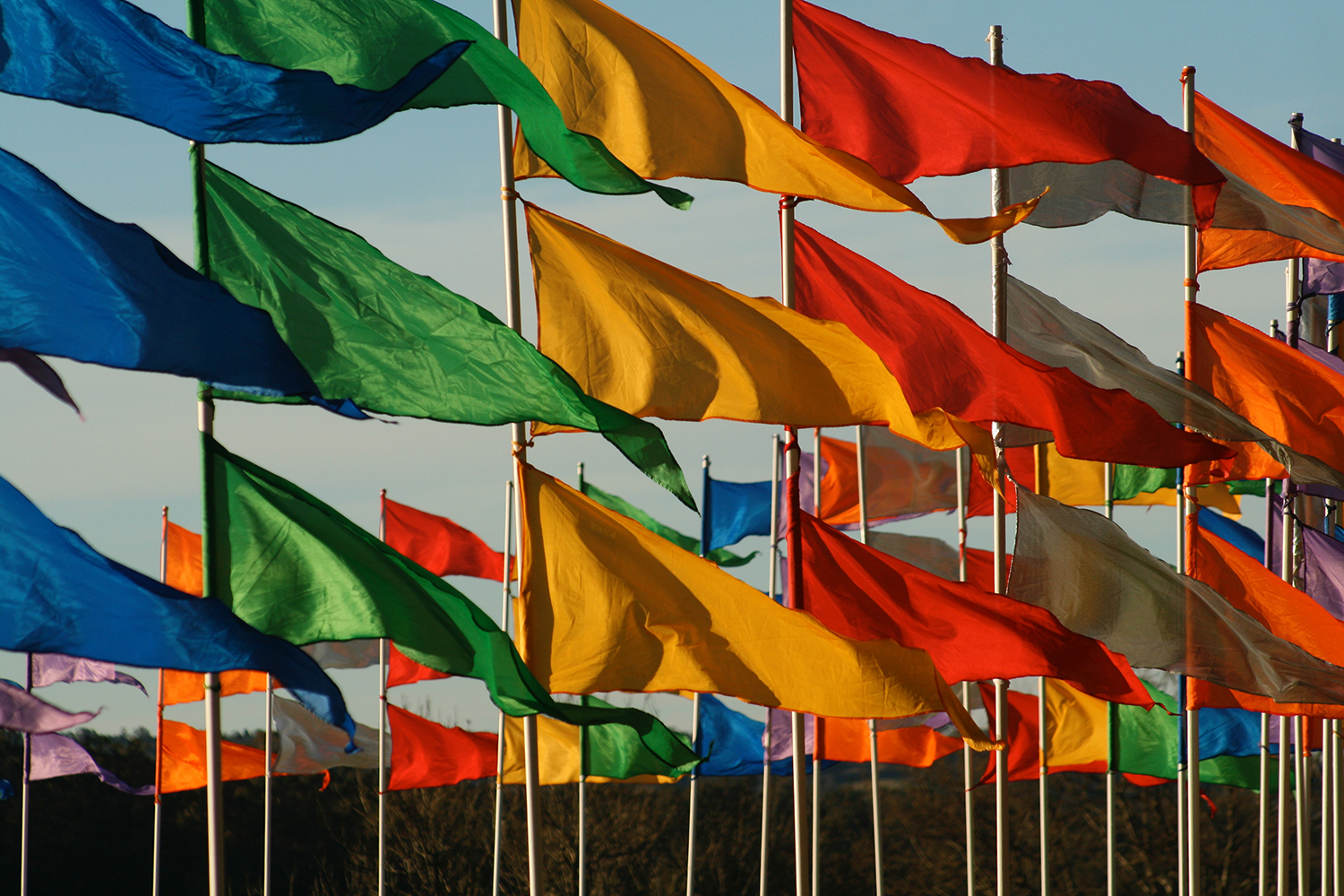 For many years solar energy was thought to be out of reach for many people due to the cost; however, thanks to advances in solar cell technology and the development of storage, the price of solar-generated power has been constantly declining the last few years. This means a solar system has become a viable alternative for many people. It has also opened the door for development of new photovoltaic systems.

A photovoltaic system or PV is the term used among energy experts to describe solar. Whether you call it a photovoltaic system or solar power system, it is designed to supply solar power. In previous blogs we have talked about PV, as wells as piezoelectric, which is the generation of an electric charge as a result of applied mechanical stress. Well now, a team of researchers have discovered a way to generate electricity with flags, using flexible photovoltaic cells and piezoelectric strips.

The discovery by a team of experts at The University of Manchester is considered the most advanced to date in terms of harvesting solar and wind energies while using inverted flags. The research has been published in the journal Applied Energy, a peer-reviewed academic journal that focuses on energy and engineering.

So what can these flags be used for? As outlined by the University of Manchester, the Energy generating flags are able to power remote sensors and small portable electronics. Some energy experts suggest that it may be possible to use these flags that generate energy for sensing, such as monitoring pollution and heat levels. Because this type of sustainable energy technology needs little to no maintenance, it could be ideal for smart cities that are starting to rely on remote sensors.

The green energy flags have been designed to bend from side-to-side, making them a suitable piezoelectric material. Solar panels are a destabilizing force that triggers the flapping motions at lower wind speeds and are able to generate electricity from the ambient light.

The researchers have indicated that since wind and solar compensate for each other, they seemed like the best approach for harvesting energy. The sun doesn’t normally shine during stormy, windy conditions, and when the sun is out, it tends to be less windy.

Video and object tracking with data analysis were used to prove that the solar/wind flags worked.