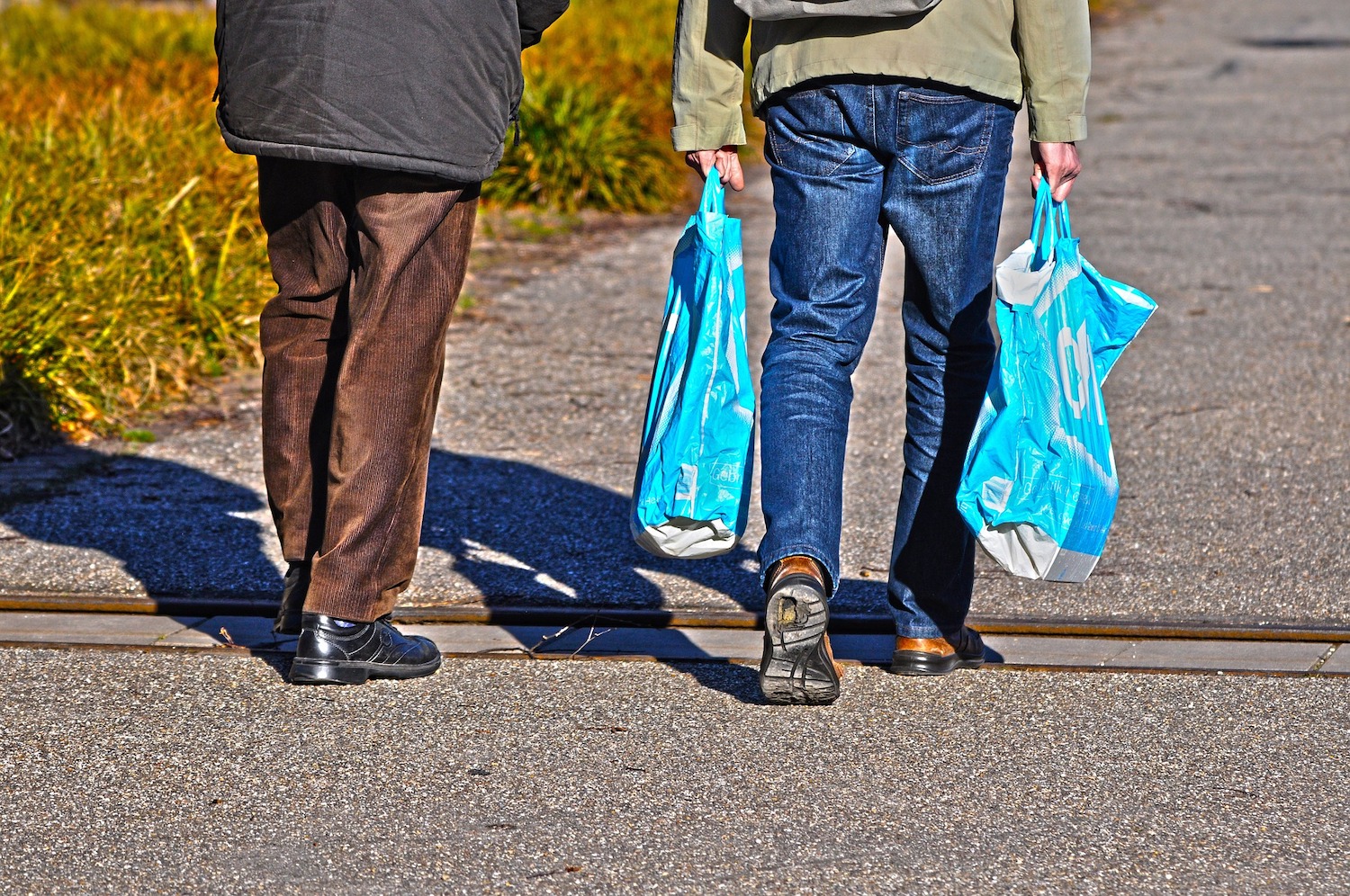 Over the last few years cities and towns around the world have taken steps to ban the use of plastic bags but the environmental problem created by the production of grocery bags and plastic wrap is ever present because it takes 500 years or more for such waste to biodegrade. Massachusetts Institute of Technology (MIT) engineers believe they’ve come up with a way to use some of the plastic – turn it into fashion.

As outlined by MIT News recently, A team of their scientists experimented with polyethylene, transforming it into wearable material. Polyethylene is a compound derived from petroleum and used for several purposes, including the manufacturing of plastic bags. As many progressive fashion experts have discovered over the years, polyethylene locks in water and sweat thus making it undesirable as a textile, but the MIT engineers figured out how to spin polyethylene into fibers and yarns that can wick away moisture. In fact, they can weave the yarns into silky, lightweight fabrics that absorb and evaporate water better than some traditional textiles, like cotton and polyester. The MIT team even calculated the ecological footprint of their textile process and concluded that it has a smaller environmental impact than cotton, as well as nylon.

Could this be an good incentive to recycle plastic bags? The MIT team is hoping so. They believe that the polyethylene could be transformed into hoodies, sneakers, and all sorts of wearable fashions instead of ending up in landfill and in our oceans.

How they made fabric from plastic:

The researchers started with polyethylene in a raw powder form and using typical textile manufacturing equipment, melted and extruded the polyethylene into thin fibers. The extrusion oxidized the material just slightly, thus changing the surface energy of the fibres so that the polyethylene became hydrophilic, attracting water molecules. A second extruder was used to bunch multiple polyethylene fibers together to make yarn. Within a strand of yarn, spaces between fibers formed capillaries and water molecules seem to absorb once attracted to a fiber’s surface. The MIT team came to realize that fibers of a specific diameter lined up in a certain direction throughout the yarn, improved the wicking ability.

An industrial loom was used to weave the yarn into fabrics and then a wicking test was conducted. The polyethylene fabric’s wicking ability was compared to cotton, nylon, and polyester – three popular textiles used in the fast fashion industry. In all cases, the polyethylene fabric evaporated moisture faster than the common fabrics.

Colouring fabrics is a labour-intensive and chemical-heavy process that is very harmful to the environment; however, in this case, coloured particles were added into the powdered polyethylene before it was transformed into fibers and it worked as a substitute dye, changing the colour of the product. Again, a smaller ecological footprint than the traditional process of dyeing textiles.

The researchers are now looking at ways to use polyethylene fabrics to design lightweight, cool athletic clothing, as well as military attire. So, perhaps those bags that once carried fruits and veggies will be trending on some of the top online fashion sites one day.