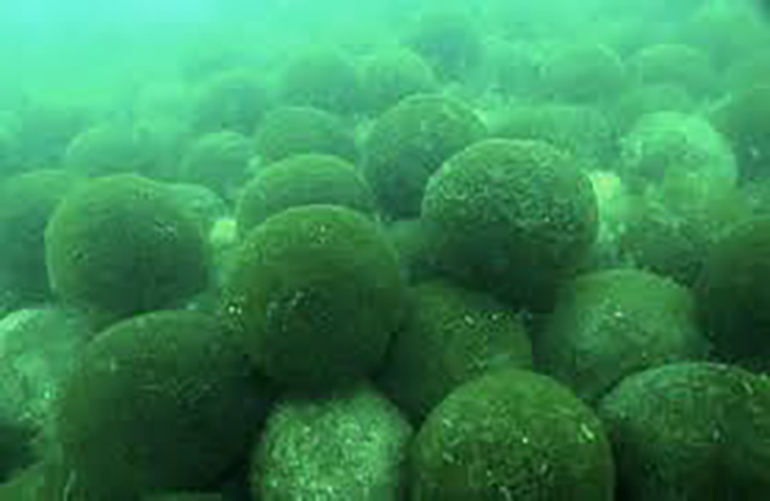 Changes to ecosystems can be microscopic and easy to miss or quite large and impossible to ignore. Regardless of the size, scientists and environmentalists are often keen to understand the reasons behind, and the consequences of the changes occurring because in nature, everything is connected.

Lake Mývatn was once a clean, thriving body of water located in Skútustađir, Iceland. Known as a vital breeding ground for ducks due to the abundance of midges (a small fly) that act as a food source for the lake’s fish and waterfowl, the lake was also one of only two lakes on the planet where large Lake Balls grew in thriving colonies.

One of the earth’s most unusual plants, Lake Balls require specific living conditions to flourish – the most important of which is clean water. However, recently Árni Einarsson, director of the Mývatn Research Station has sounded the alarm over the disappearance of Lake Balls suggesting that their demise is an indication that the overall health of the lake and the wildlife that depend upon it, is in jeopardy.

“They’re the canary in the coal mine,” says Einarsson in a recent article published by National Geographic. “If they disappear, there is something wrong. And they have disappeared.”

The hypothesized reason behind the disappearance of Lake Balls in Lake Mývatn is the growing cyanobacteria blooms, also known as algae blooms. With the population thriving off of sewage, farm waste and the warmer waters created by global warming, the increasing prevalence of harmful algae blooms (HAB’s) in Lake Mývatn has resulted in a change to the ecosystem so drastic that some fear the system is collapsing.

While local residents and leaders are working to combat the problem, previous damage done to the lake bottom from a diatom mine and the unknown impact of climate change are key components in the battle to save the lake ecosystem that are beyond their control.

The demise of Lake Mývatn’s Lake Ball colonies acts as an example of nature’s ability to show people that detrimental changes are occurring out of view. What the Icelandic government chooses to do in response to the cry for help remains to be seen, but there is hope that if proper measures are put in place the health of the lake could improve over time allowing the Lake Balls to return.