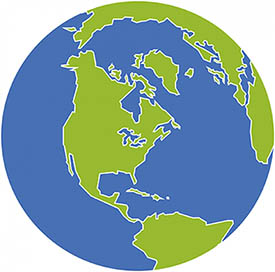 A survey on global threats has shown that people are more aware now of the damaging impact of climate change.

As outlined by Thomson Reuters recently, The Global Catastrophic Risks 2017 poll, commissioned by the Global Challenges Foundation revealed that people across the world are taking climate change almost as seriously as war.

Literally thousands of people across the United States, China, India, Britain, Australia, Brazil, South Africa, and Germany were part of this new survey. Eighty-six percent said war caused by “politically motivated violence and conflict” would be considered a global catastrophic risk. When asked about climate change issues such as rising sea levels or melting ice caps, 84 percent classified the effects under the same category.

Almost nine in 10 people said they’d be willing to change their standard of living if it meant preventing future climate catastrophe. The survey found that many people were more scared of climate change than previous areas of concern such as epidemics, population growth, use of weapons of mass destruction, and the rise of artificial intelligence threats. Particularly, 86 percent of respondents are in fear of “other large-scale environmental damage,” such as water, air, and land pollution.

The Vice-chairman of the Stockholm-based foundation told Thomson Reuters that there’s a huge gap between what’s expected from politicians and what’s actually being done. Almost 70 percent of the people surveyed agreed that it could be time to create a new global organisation responsible to implement decisions on a wide variety of global risks. Although is might sound drastic, almost 60 percent of respondents said they’d be willing to have their country give up some sovereignty to ensure the formation of this organisation.