Sawdust – Could It Be the Next Oil Spill Solution? 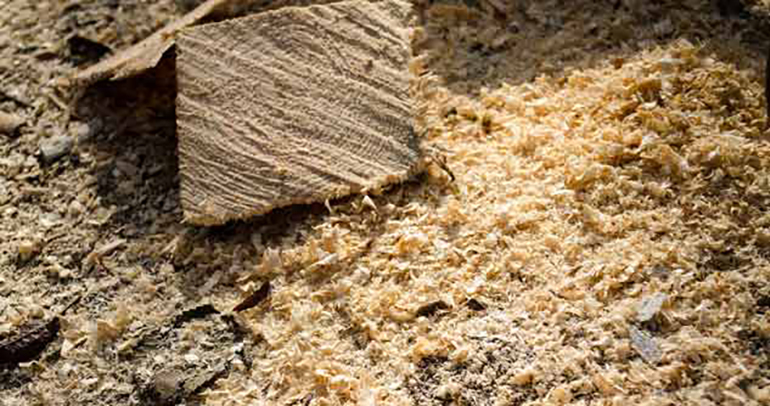 Sawdust has been known as the waste product of woodworking, but researchers at the Department of Energy’s Pacific Northwest National Laboratory (PNNL) have found a use for it that can help fight oil spills.

What makes this discovery unique is that most oil cleaning remedies target warm water use. However, by chemically modifying sawdust, researchers have been able to adapt the substance to Arctic waters by attaching vegetable oils to the material. The attached oil gives it a water resistant nature.

Bobbing ice chunks in the cold waters make it a challenge to adapt as it disperses the oil, even below the surface making it too harder to collect. Their non-toxic material is designed to be extra oil absorbent as well as buoyant to fight those issues. This allows the sawdust to absorb up to five times its weight in oil while floating on the surface for up to four months.

Science Daily reports that to help develop the material, PNNL has been using their Arctic simulation lab in Sequim, Washington. The lab can adjust temperatures to as low as five degrees Fahrenheit causing the water to turn into a slushy consistency. They spill oil across the surface and then sprinkle the sawdust on top to test its absorbency and flotation aspects. Tests have shown that because of its water resistant essence, ice isn’t able to form, allowing the material to absorb more oil and stay afloat.

Another test they conducted involved seeing the material in a burning situation. From the results they’ve concluded minimal amounts of the sawdust can enhance combustion for both thick and thin layers of oil.

Not only is the modified sawdust designed to absorb oil; it has another role when it comes to fighting oil spills. It plays a key part in a controlled burning process called in-situ burning. By helping move spilled oil to a delicate area, it can be burned.

With ice surface disappearing in the Arctic Sea, the larger body of water has attracted fossil fuel developers. This is leaving the polar waters at a higher risk of oil spills. PNNL Microbiologist Robert Jeters says that he hopes their sawdust can help if something were to happen.