The Connection between Using the Web and Wasting Water 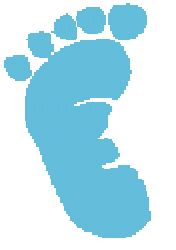 When we send e-mail, check our social media accounts, or stream any video, we are using data thanks to a data centre somewhere on this planet. Yes, you likely know this, but few people think about the water it takes to make that happen.

Last year, researchers at Imperial College in London stirred up a lot of discussion when they said that up to “200 litres of water” might be involved in the downloading of a single gigabyte of data. If this is true, that is an awful lot of water we are using every day. According to a report by Ericsson, smartphone users in Europe used 1.9 GB of data per month, per person in 2015 and apparently that number is much higher in the United States.

So how is it that using the web wastes water? Well, it’s either used to keep those data processing centres cool or in the production of a lot of electricity that is needed to keep the centres up and running.

Since the London researchers came out with this theory, some computer experts have questioned their math. While the Imperial College team admits their numbers could be off a little, they argue the bigger point is that the water footprint associated with data centres has gone largely unnoticed and should be addressed.

Tech experts in Europe agree, some are saying that although more research is needed to determine just how much water is being wasted, what we need to do is focus on how people run data centres. The fact is, it is unlikely consumers are going to change their usage of the web.

According to news reports, many big tech companies have improved their water usage over the last year. Facebook, Google, Apple and Microsoft have taken a number of steps to lower their water footprint. The reality is that there are data centres of all different sizes and the demand for such centres will continue to grow. More service means more need for additional energy and heating.

So what can managers of data centres do? The experts say they need to go green whether it is through the use of renewable power, or setting up shop in an environment where the cooling process occurs naturally. They can also get creative and come up with their own green plans. For example, Microsoft has been testing an underwater data centre. The idea is that surrounding water will keep the centre cool rather than requiring energy draining air conditioning and wasting water. Other companies have moved their data operations to the Arctic Circle.

Right now some tech companies are relying on wind and solar farms to reduce their footprint but as more people become aware of this water wasting, new inventive solutions are expected to surface.