The Environmental Impact of Artificial Snow 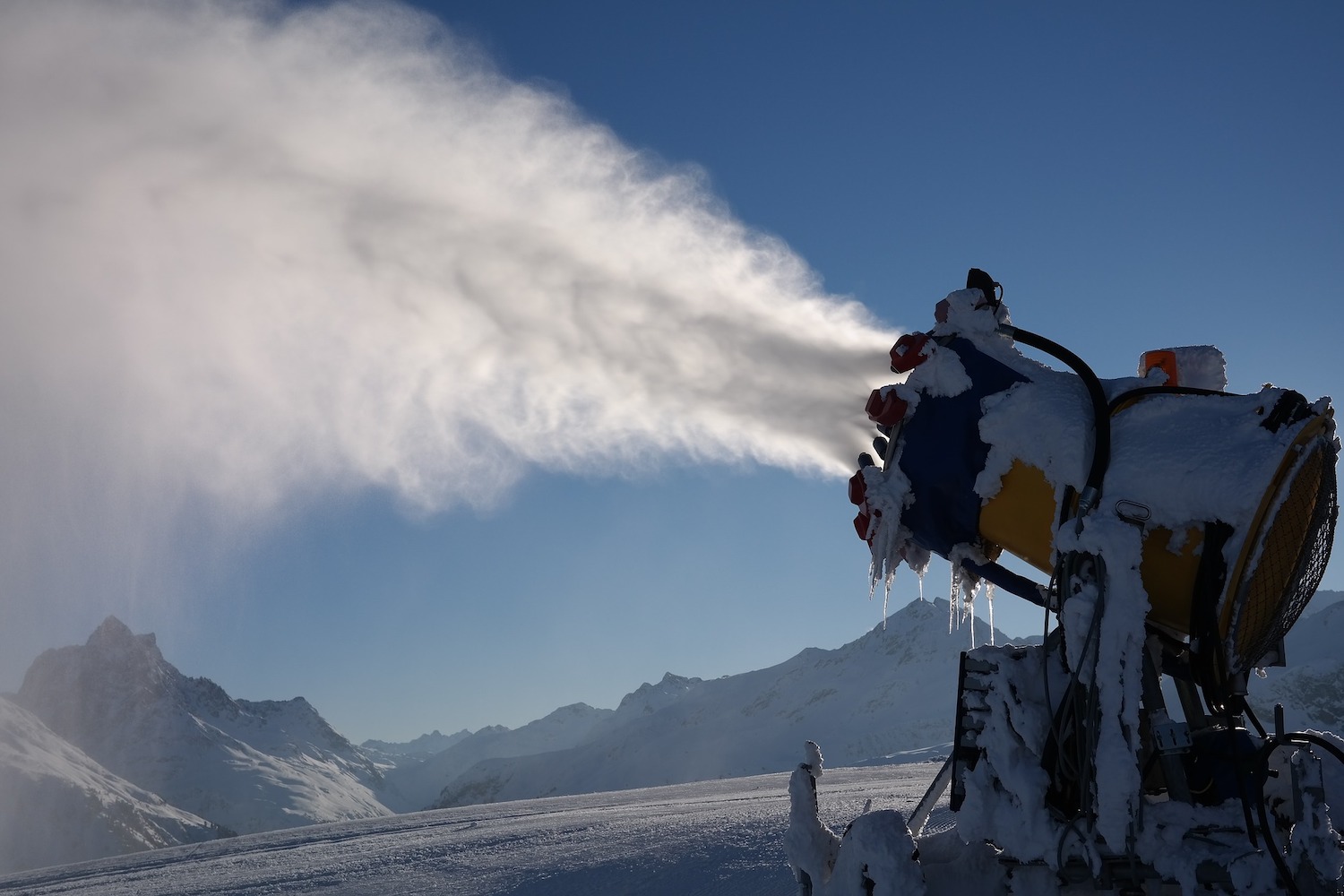 There was a time in Canada when we took snow for granted. Fall turned to winter and voila – lots of snow. However, according to Environment Canada, over the last three decades, snowfall in the country has dropped by about 4.6 billion tonnes per year, leaving ski hill operators with no choice but to make their own white flakes. While ski enthusiasts are always relieved to hear that the snow making machines are at work when snow accumulation is low, there is an environmental impact to consider.

The making of artificial snow takes up a lot of water and energy. Depending on the composition, the fake snow can also alter the environment and ecosystem. Just to put things in perspective, according to a 2019 Italian Report on artificial snow, up to 20,000 cubic meters of water are needed to operate snow cannons just to create flakes for a medium-sized ski slope. Meanwhile, some studies suggest that it can take up to 600-gigawatt hours of energy to feed the snow cannons so they can transform water into snow for every hectare of track.

Snowmaking has occurred since the late 1950’s. It only became widespread following the late 1970’s due to drought. Today’s climate has made it impossible to operate a ski resort without a snow making system at-the-ready.

So, what does the future hold? While snowmaking does have an impact on the environment, many resorts are starting to invest in better, more efficient snowmaking systems. Some have dug storage ponds to collect water in the spring to use later in snowmaking operations. Other ski hill owners are looking at using reclaimed wastewater. Vail Resorts is a Colorado-based company that owns over 30 ski resorts in Canada, the United States and Australia. They recently announced that they were investing close to 4 million dollars in more energy efficient snowmaking operations. Lastly, we have been told that snow guns are becoming more energy efficient.

The impact of snowmaking on the environment underscores that very few industries are untouched by our changing climate. It should give us all a push to look at the industries we are connected with to see what can be done to make them more energy efficient and clean.