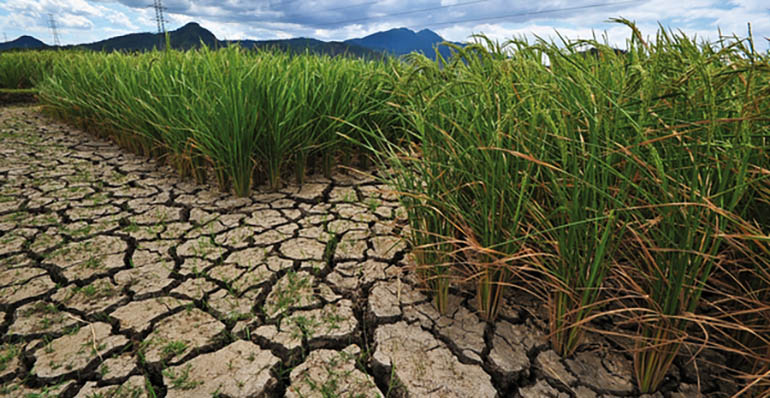 What appears to be the never-ending drought in California could actually go on for centuries due to greenhouse gas. This is the conclusion California researchers have drawn after examining prehistoric droughts, as well as arid periods.

Some natural causes were found to be contributing to the dryness the past 10,000 years. Sunspots, an unusual orbit and a decrease in volcanic activity have been causing a process called radiative forcing. This process warms the region, but has recently joined forces with greenhouse gasses.

A study led by UCLA professor, Glen MacDonald, seems to indicate that the greenhouse gases could lead California to an indefinite drought. In an interview with Science Daily, Macdonald said the dryness is the “new normal” as the moistureless periods have drawn on too long. He has stated that it can’t be considered a drought anymore.

Researchers collected sediments in the Sierra Nevada Mountains to get information on California’s historic and prehistoric climate and water conditions. The sediment was taken from the bottom of Kirman Lake and was two inches wide and 10 feet deep. Researchers broke it down into a third-of-an-inch sections to examine further. In the process they created the most intricate and continuous paleo-environmental record of California. They found that Kirman Lake was sensitive to not only a scale of thousands of year’s prior, but also more recent activity.

With temperatures rising, experts are predicting an indefinite drought. This can even cause a retreat of forestlands and the growth of sagebrush, grassland and desert areas. The dryness could also force California to adapt their agriculture, including changing what crops they grow.