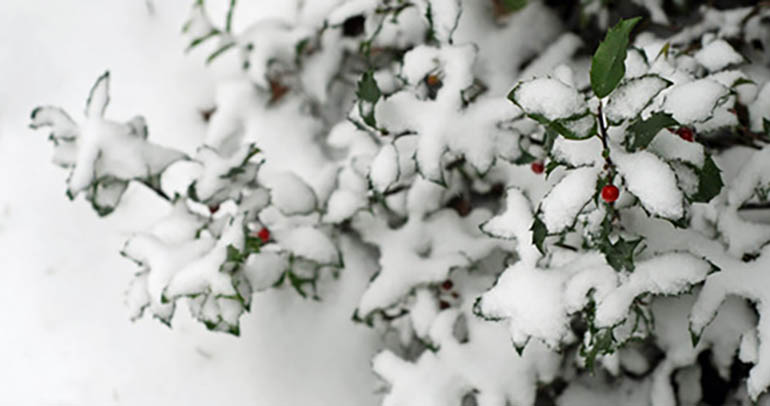 A new study shows the effects of global warming could actually result in a longer winter.

According to the study published in Nature Climate Change, the melting of Arctic sea ice could be causing our prolonged winters. Precipitated by global warming, sea ice levels have been dropping for the past three decades, which has resulted in the weakening and shifting of the stratospheric polar vortex. There is also something called the tropospheric vortex, which is a circulation that moves slowly from east-northeast to west-southwest and is common across the Northern Hemisphere’s warm season. This latest study though, focused on the stratospheric polar vortex, which is located 65,000 feet above the earth’s surface. The polar vortex is an area of bitterly cold air that surrounds the Arctic and becomes more apparent during winter months.

Atmospheric Environmental Research climate researcher Judah Cohen says the issue is the appearance of open waters. Because of the melting ice, there’s more and more open water causing the snow to shift towards the Eurasian continent earlier than usual. Based on his research he is predicting colder winters in the Eastern United States than we’re used to.

The polar vortex actually works the opposite way as one might think. The weaker it is; the more cold weather is blows our way. This is because the vortex is becoming unstable, thus allowing the coldness to escape. As a result, parts of Eurasia and North America have been experiencing cold weather all the way into early spring.

Other studies have shown the weakening of the polar vortex, but this one actually tracks the movement. It shows how the cold air is shifting from North America and heading towards Europe and Asia throughout February. When March arrived the study showed a dip in the jet stream over the East Coast causing cooler weather.