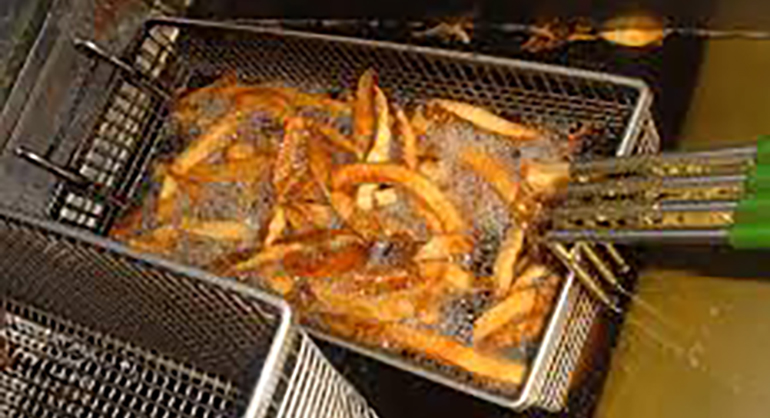 The fact that businesses all around the globe discard large amounts of used cooking oil each day is not surprising. What is of note however are the various ways that some companies are turning the used cooking oil into a renewable energy source called biodiesel.

Biodiesel is derived from plant oils and is a type of biofuel that is obtained through a process that involves nothing more then unwanted cooking oil, a filtration process, and a chemical catalyst.

As reporter Will Campbell of the Daily Emerald points out, for entrepreneurs such as Ian Hill of SeQuential Biofuel the simplicity of the creation process is what made turning cooking oil waste into biofuel so appealing. “A villager in the remote … Himalayas could make fuel for a diesel generator by doing a simple chemical reaction with their animal fat”, stated Hill.

Larger companies are also turning to the renewable waste source as a way to reduce their overall environmental footprint. US-based food and drug retailer Albertsons Companies not only collects the used cooking oil from their stores for the purpose of creating biodiesel, but also uses the biodiesel they create to power their fleet of trucks.

The adoption of biodiesel has expanded outside of North America as well. Local companies such as Westin hotel in Singapore and international businesses like Hilton Worldwide have embraced biodiesel in an effort to reduce their environmental footprint. By using biodiesel to run vehicles, heat water for general use as well as for luxuries like saunas and steam facilities the organizations are illustrating the positive impact manageable changes can have on the planet.

A renewable waste source that is 75 per cent cleaner than gasoline, the opportunities to use biodiesel instead of dirtier, finite options are still being discovered. What is certain however is that using cooking oil as a fuel is an exciting idea we are sure to hear more about.