What About Inflatable Plastic Waste? 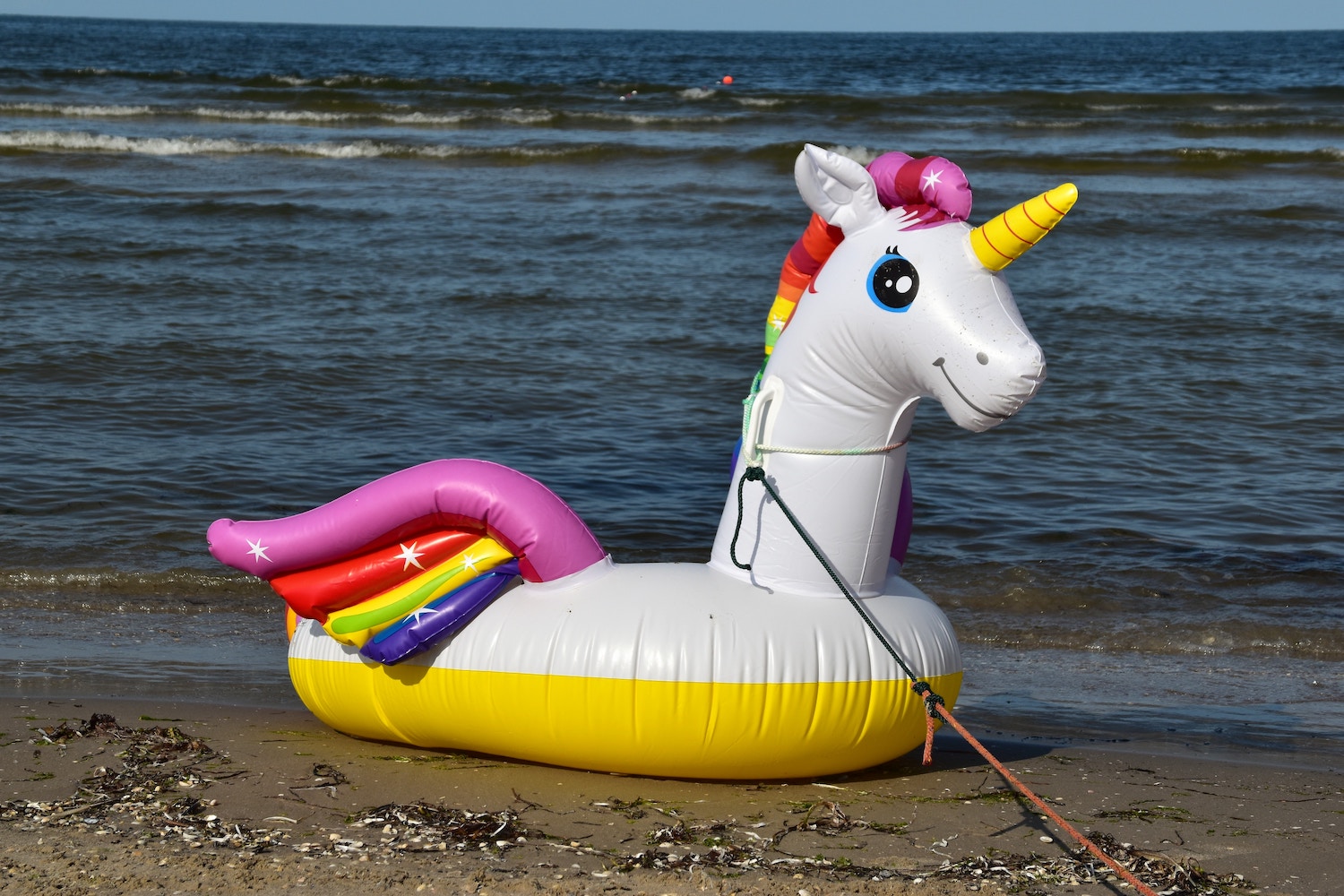 Anyone who owns a pool knows how much fun inflatables can be but when was the last time anyone talked about the consequences of the rubber floating toys? This past summer the blow-up unicorn was a massive hit. The large lounger and giant pizza are also popular inflatables; however, they add to the plastic waste problem. We have to remember that inflatables are not only about the pool or lake, that oh so sought after party favourite, the bouncy castle is also waste waiting to happen.

Cheap inflatables constantly break and are tossed in the trash not long after they are purchased. I know what you are thinking – its enough that we have to worry about other consumer plastics like bags and bottles, now we’re being told inflatables are killing our planet. Just as Sparta Group is taking plastic waste and turning it into eco-friendly fuel, a UK couple have discovered a way to upcycle discarded inflatables.

BBC News recently featured Georgia Wyatt-Lovell and Steven Lovell’s inflatable-based accessories. The couple have been collecting inflatables since 2017 and reportedly have saved over 100 tonnes of material from lingering in landfill sites. As word spread about the accessories, Wyatt-Lovell told BBC that custom orders started coming in. For example, one customer who had an inflatable flamingo, asked for it to be turned into a bag. It turns out the customer was proposed to on that inflatable.

The group Plastic Free North Devon is working with the creative duo, collecting at least 500 discarded inflatables, including pool toys and airbeds. A lot of the plastic waste has come from campsites so far.

Plastic inflatables are usually manufactured from PVC, which is a flexible, long-lasting material. It is rarely collected from households for recycling and therefore ends up in landfills and waterways.

While some environmentalists have said they would like to see inflatables banned altogether, others are merely suggesting people only purchase the most durable to cut down on the number that get tossed out due to ripping the second they are used.

Right now posts of unicorn inflatables on social media platforms seem to be encouraging the purchase of more of these plastic novelty items but some environmental charities suggest that we should all be doing our part to put a message out about the negative impacts of inflatables.

Interestingly, an industry that has been criticized for its contribution to global warming is getting the message out that inflatables are an environmental hazard. Last year, the Dutch fashion label Botter’s unveiled its Spring/Summer 2019 collection with a theme focused on ocean pollution. Inflatables were part of the fashion show. Some of the models wore mini-inflatables in place of hats, while others wore pieces of plastic waste as scarves.