What Groundwater Depletion Has to Do With Climate Change 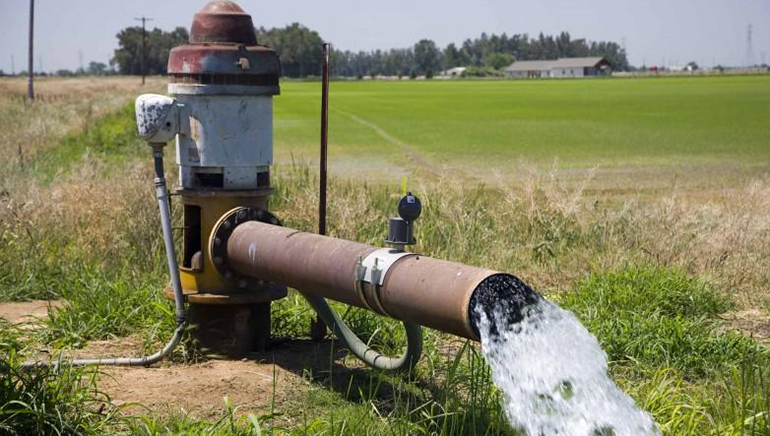 A few years ago scientists warned that over-pumping of groundwater is starting to threaten water supplies around the world. Now experts are saying that we are using groundwater faster and thus adding large amounts of carbon dioxide to the atmosphere.

A study in Earth’s Future suggests that water depletion has been overlooked by many in the scientific community, in terms of calculating carbon sources. The research by hydrogeologists at Michigan State estimates that groundwater depletion in the U.S could be releasing as much as 1.7 million metric tons of carbon dioxide into the atmosphere annually.

Based on the hydrogeologist’s findings, carbon dioxide emitted as a result of groundwater depletion is like carbon generated from glass or zinc production in the U.S.

As outlined in American Geophysical Union, falling rain contains carbon dioxide, but soil carbon levels are as much as 100 times greater than CO2 levels in the atmosphere. This is because microbes in the soil turn organic carbon into carbon dioxide. When rainwater reaches the ground and mixes with rock and sediments, the water eventually dissolves extra carbon, but if left “to its own devices” the carbon water stays below ground for hundreds or even thousands of years before surfacing in oceans or other bodies of water. The problem is that humans are now extracting groundwater at an alarming rate. They use a great deal of it for drinking and irrigating crops. As temperatures have risen in recent years, there has been more demand for water, especially in agricultural settings where drought has become a problem.

No need to get into how the experts calculated depletion levels but they estimate that in the United States close 30 square kilometers of groundwater is depleted annually, which contains over 2.4 million metric tons of bicarbonate. They theorize that about half of that bicarbonate is converted into atmospheric carbon dioxide. So what does this mean? Well, the team says their math tells them it means that U.S groundwater depletion is releasing about 1.7 million metric tons or 3.8 billion pounds of carbon dioxide a year into the atmosphere.

The hydrogeologists call their finds “preliminary” but are hopeful their work will act as impetus for scientists the world over to look at groundwater depletion when they consider human contributions to climate change.