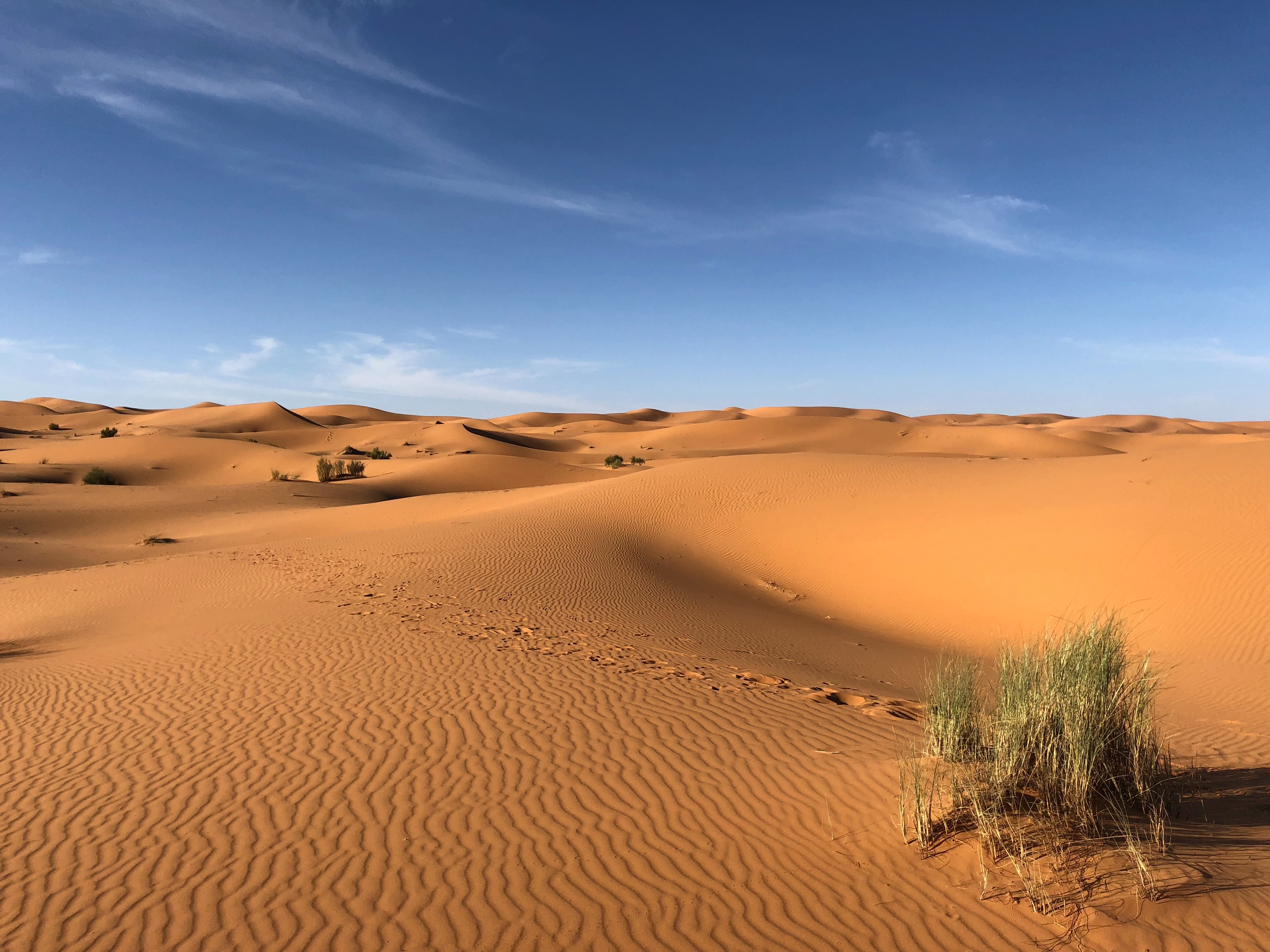 When you think of the Sahara desert, “green” isn’t normally something that comes to mind but a new study is showing how green the Sahara could actually become.

A lot of people agree that in order to prevent climate change from getting worse we need to find alternatives to fossil fuels. A new study is looking at the potential to bring large wind and solar farms to the Sahara desert. Scientists are now saying that renewable energy sources such as these could cause their own climate shift when implemented on a large scale. When enough wind turbines and solar panels are installed to power the world, they could change the reflectivity of the land and movement of air currents. This could mean that installing this technology in the Sahara desert would bring more rain, making the land more hospitable.

Doctor Yan Li from the University of Illinois told The Independent that his team has been conducting simulations to understand the impact this massive renewable energy project would have in the Sahara and neighbouring Sahel. This region has been chosen for the project based on its sparse population, as well as its placement to help supply the energy demands of Europe, Africa, and the Middle East. Through their research, they found that the wind and solar infrastructure would increase rainfall and in turn generate more vegetation in the desert.

This project has shown that these renewable energy infrastructures could not only reduce emissions but also fight against the spread of desert-like conditions caused by global warming. Large-scale renewable energy projects have already been put in place in parts of North Africa and the Middle East. This includes an announcement from Saudi Arabia to invest $200 billion in solar power.